Yes, I’m still working on making the ultimate password list. And I don’t mean the 16gb one I made by taking pretty much every word or word-looking string on the Internet when I was a kid; that was called ultimater dictionary. No; I mean one that is streamlined, sorted, and will make Nmap the bruteforce tool of the future! First, a sidenote: JHaddix from Security Aegis posted a story mentioning my password lists and noted “I’d grab these lists if you dont already have them, who knows how long they will stay up.” He makes a great point – if I’m asked to remove these lists, I’ll have no choice (for what it’s worth, I don’t see why I would; I cleared it with my ISP before hosting them). But, just in case, I wrapped everything up in a single tarball: skullsecurity-lists.tar.bz2. Weighing in at 132mb, it contains my whole collection of password lists. Feel free to grab it! If you want to pick and choose, as always, check out my password page.

So anyway, on the subject of generating awesome password lists, Brandon Enright from the Nmap team is trying to come up with an algorithm to rank the different words in the different lists. Meanwhile, I spent some time graphing potential password dictionaries’ success against leaked password lists to see which one was best.

These are the dictionaries I used:

And I put them up against some of the best leaked password lists I’ve collected:

(Obviously, where there’s overlap, I didn’t count the password cracking its own list; it wouldn’t really be fair to crack Rockyou.com passwords using the Rockyou.com list – I did that in an earlier blog to measure coverage, though, if you want to check that out).

Enough talk, here are the results (note: each graph represents a target, and the lines represent the dictionaries): 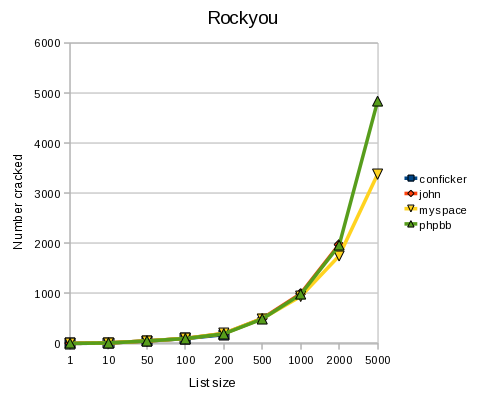 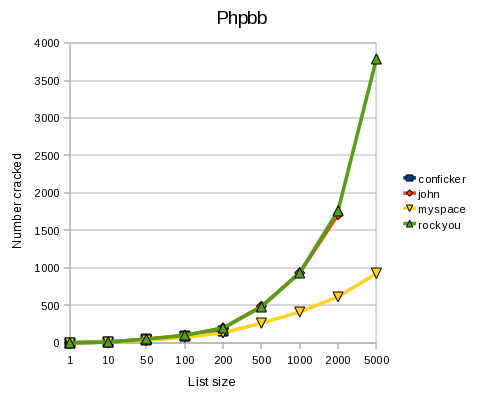 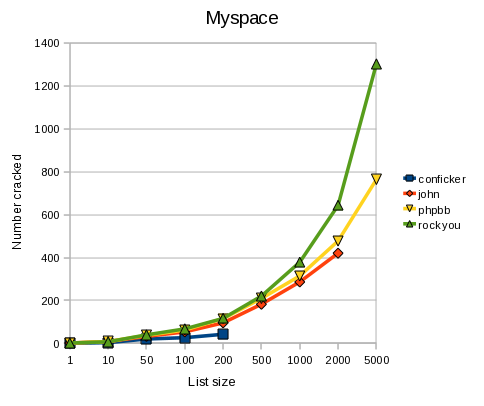 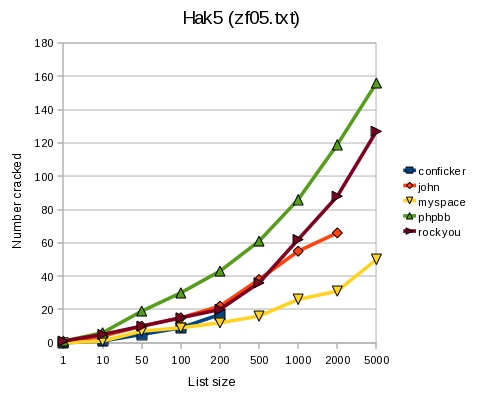 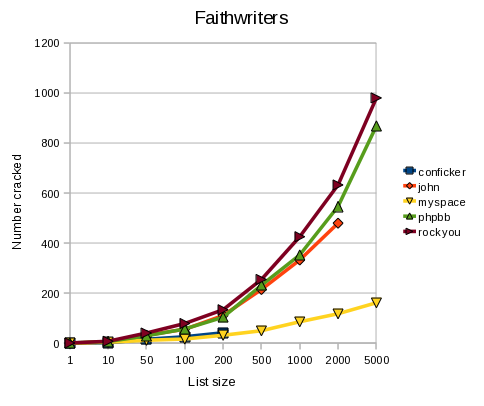 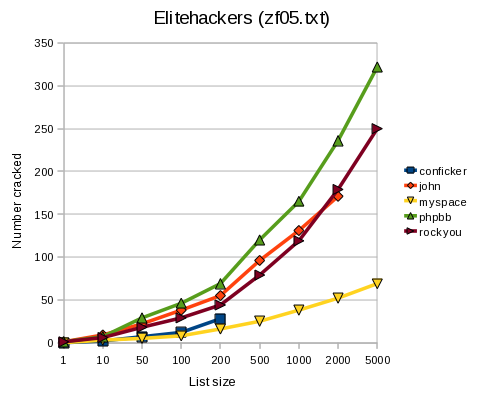 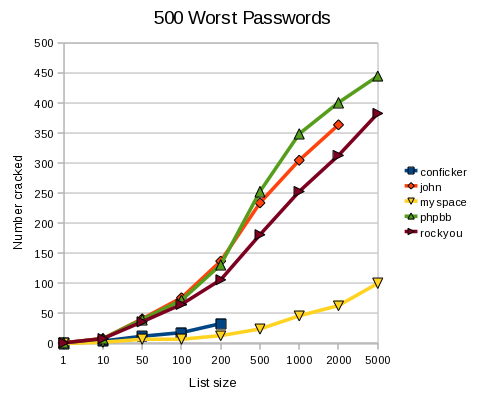 I think the conclusions here are:

On the next episode of Skullsecurity.org….. why you need robots.txt if you’re hosting dictionaries, especially German ones.